Travelers left to deal with canceled, delayed flights with challenges expected to continue

A two-week tour in Europe wrapped with a five-day travel headache for Tampa Bay resident Bonnie Synhorst and others in the Dunedin Symphonic Winds.

“Our first flight got delayed from Prague to Frankfurt, which caused us to come in late to Frankfurt,” said Synhorst. “Because we got in late, they actually gave away our seats.”

When her group finally made it back states to JFK airport in New York City Friday, she said their problems continued.

“We’re so happy to be back home. We’re like, yeah, we made it finally, and just to be frustrated again. A few hours later to find out our flight was canceled,” said Synhorst, who said she was with a few band members who decided to rent a car and drive back home. They arrived in Tampa Bay early Sunday morning, she said.

The band members got caught in the mess of thousands of delayed and canceled flights into Monday. Airline problems even forced some trimmed down routes, leading to flight changes for passengers this summer. 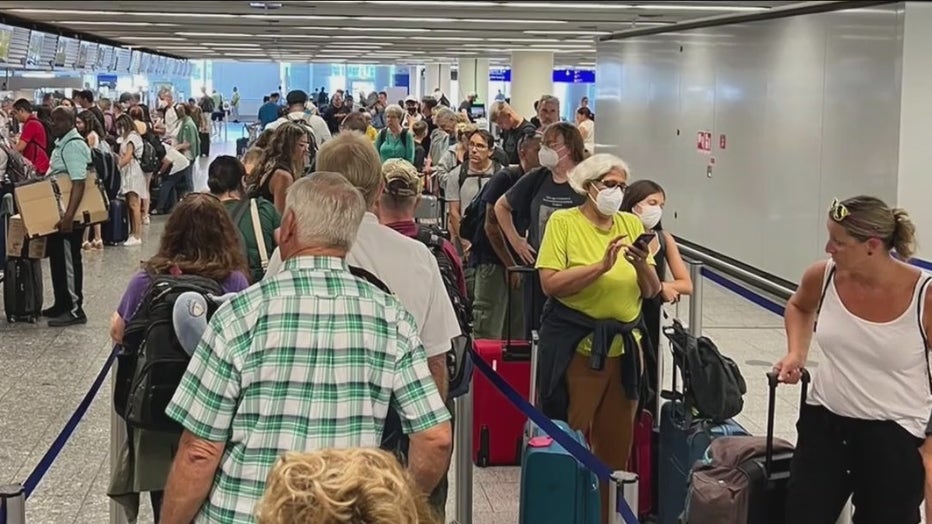 “I had booked one actually coming from Washington DC back to Oklahoma, and I had booked a 12:30pm purposely because it was a two-hour drive from my sister’s house out to the airport. It was changed to 7:30 in the morning ,” said Sarah Hicks, an airline passenger from Oklahoma.

Airline industry leaders said they are dealing with bad weather this summer on top of not having enough people to fly planes and other challenges.

PREVIOUS: Airlines would have to give refunds for delayed flights under new rule proposal

American Airlines sent FOX 13 a statement from its CEO Robert Isom saying in part, “We’re taking proactive steps to build additional buffer into our schedule for the rest of the year.” Isom went on to say, “We’re sizing the airline for the resources we’ve available and the operating conditions we face, and we’ll make other changes as needed.”

Southwest Airlines said it continues to maintain its routes to Tampa International Airport, and it’s focused on hiring to avoid any more issues with delays or cancellations with its flights nationwide.

But for some – this latest travel experience was enough.

“Not anywhere and not anytime soon, for sure. I’m just going to stay home,” said Synhorst.

Airlines for America said airline companies trimmed their capacity 16% this summer, and airlines are working to recruit new hires.

← How Hotels Are Trying To Entice Travelers To Return
kidnapping risk, where to avoid →